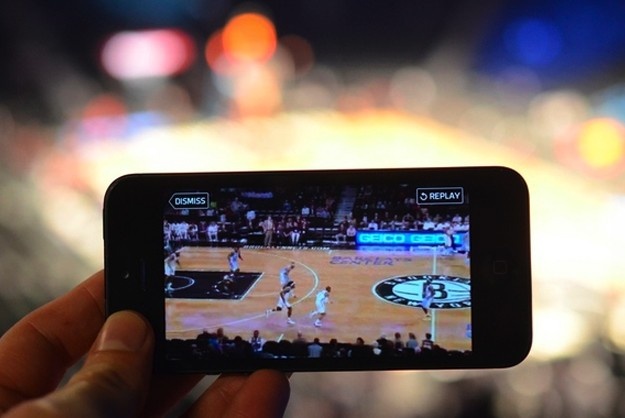 ShareSave to Favorites
Added 24 February, 2013
Brooklyn Nets fans seeing a game at the new Barclays Center no longer have to worry about missing big moments of play. They'll just have to open up the Barclays Center app on their iOS or Android device, where thanks to Cisco's new StadiumVision Mobile technology, they'll have instant access to live game footage from a handful of different angles, plus replays and stats from the game. And if they want to order nachos while waiting in the beer line, they can do that too. The app includes the official television feed from up to four cameras and the ability to rewind up to 30 seconds just in case you missed something awesome.
Visit the original source of this trend at www.theverge.com
Back to Trends Listings
Tweet