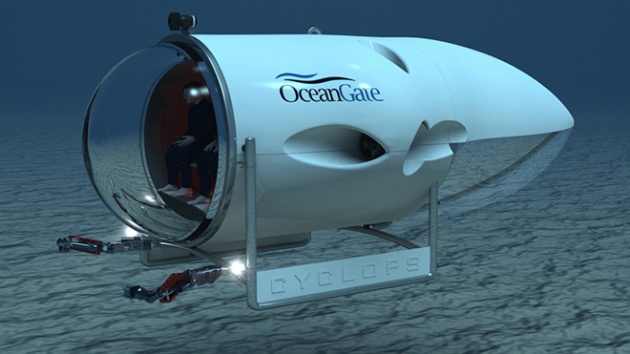 ShareSave to Favorites
Added 2 December, 2013
Going to extremes is the next frontier of tourism. Several companies are competing to bring tourists into space, with Virgin Galactic starting service in 2014. Now the Cyclops submarine plans to go deeper than almost any other before it, taking visitors to depths that were once only visited by highly trained scientists. Starting service in 2016, the Cyclops is a five passenger submersible created by the University of Washington's Applied Physics Laboratory that can travel almost 2 miles (3 kilometers) below the ocean's surface. The trip down in the carbon-fiber craft will take about an hour, a speed that is considered fast in the world of oceanography. Built with a giant dome that gives the Cyclops its name, the sub represents the next trend in travel; one that pushes limits to give people a braggable experience that their friends are not likely to match.
Visit the original source of this trend at www.washington.edu
Back to Trends Listings
Tweet