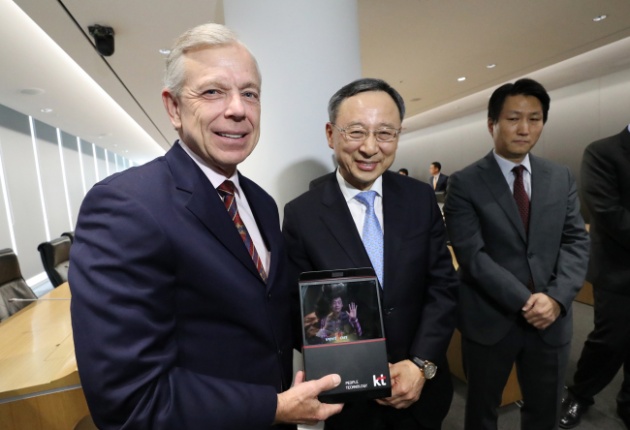 Two mobile carriers from South Korea and the US held the world’s first live hologram international call service via the companies’ fifth-generation networks, testing the future of the telecom service industry. In the demonstration, a KT employee held a meeting with a Verizon employee who appeared as a hologram image on a monitor in the KT headquarters building. It was the world’s first successful end-to-end 5G network interworking, according to the two firms. Both 5G trial networks were deployed over a 28 GHz spectrum. KT is developing the hologram live call as its flagship 5G-based immersive media services along with Sync View, 360-degree Live VR and Omni-View services that are being studied by the International Telecommunication Union. Global cooperation on the 5G network is essential to enabling the hologram live service that requires high data rate, massive traffic volume and low latency on a worldwide scale, according to KT.

Visit the original source of this trend at www.koreaherald.com
Back to Trends Listings
Tweet