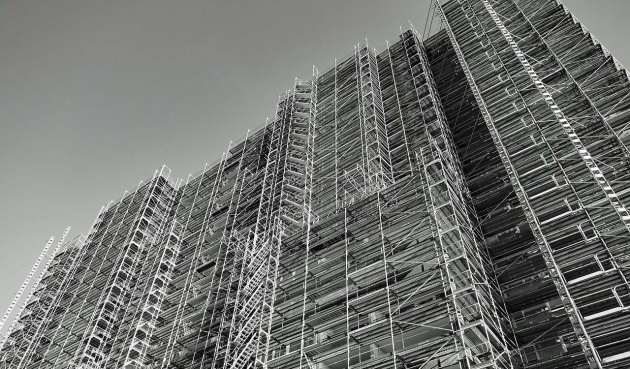 Scaffolding is a major and unavoidable cost on most construction projects. In 2015, the on-site logistics market for scaffolding assembly accounted for more than EUR 20 billion worldwide. A large part of this cost is the time it takes to assemble scaffolding. Up to 80 percent of assembly time is spent on on-site logistics – ferrying bits of scaffolding up and down the growing construction. Additionally, the scaffolding industry has a poor safety record. Now Munich-based startup Kewazo is set to disrupt the scaffolding industry with a robotic scaffolding assistant that not only decreases risk, but greatly speeds up the time it takes to assemble scaffolding. Kewazo worked with robotics experts Infineon Technologies to create a robot that can deliver materials to the workers where and when they need them. Kewazo’s robot moves up, down and along the scaffold structure. It uses a special track attached to the horizontal and vertical poles of the scaffold (the standards and ledgers). The robot uses a path-finding algorithm to locate itself along the scaffolding. It plans its journey to the assemblers supplying with materials as and where they need them. The robot uses machine-learning to build up a better picture of how human scaffolders work, and to adjust its delivery.