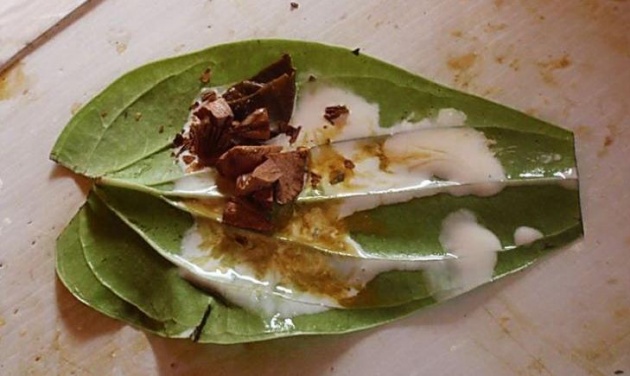 ShareSave to Favorites
Added 29 September, 2013
According to a recent report in the Daily Time, one of Pakistan's leading newspapers, some 96 percent of students in Karachi, the country's largest and most populous metropolitan city, are now habitual chewers of betel nut. The paper reports on a survey by that country's National Institute of Child Health which claims that up to 73 percent of children aged 4 to 16 years old are in the habit of chewing betel. Typically. a few slices of the nut are wrapped in a betel leaf along with clove, cardamom and other spices. When mixed with lime, the nuts act as a mild stimulant and some research claims it is also carcinogenic to humans.
Visit the original source of this trend at www.dailytimes.com.pk
Back to Trends Listings
Tweet