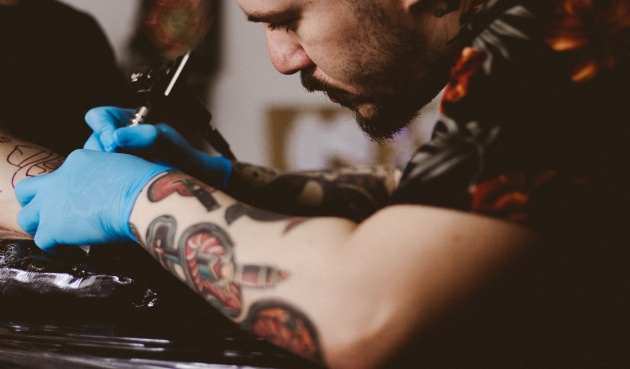 We have seen a number of innovations that combine traditional tattoo artistry with advanced technology. For example, a tattoo that embeds and plays back recorded sound. Another innovation is a temporary tattoo that changes colour to indicate too much exposure to the sun.
A new proof-of-concept tattoo has been developed by researchers from Harvard and MIT that can monitor the wearer’s health. The Dermal Abyss project places colorimetric and fluorescent biosensors into the skin instead of traditional tattoo ink.  The colour changes that occur in the tattoo are in response to the interstitial fluid of the wearer’s body. As the colour changes, it reveals information about the health of the wearer. For example, if there is an increase in glucose concentration, the tattoo will change colour from green to brown.