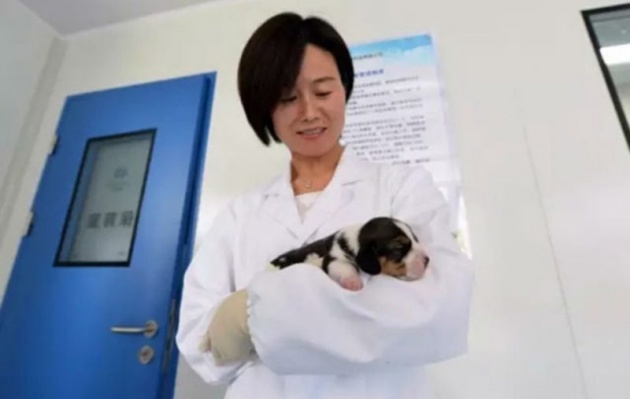 Beijing-based SinoGene announced last week that it created an adorable beagle puppy named Longlong in a lab, making China the world’s first country to clone a dog using the new technique. Born via a surrogate mother, Longlong is genetically identical to its DNA father: a 2-year-old dog named Apple. Apple, who was also born in a laboratory using somatic cell transfer technique, is being used to aid scientists in researching human diseases. Cloning dogs is especially difficult for scientists as the specimen has a poor oocyte quality. The asynchronous reproduction cycles of surrogate mother dogs makes it even more challenging to have a successful cloning procedure.

Visit the original source of this trend at nextshark.com
Back to Trends Listings
Tweet