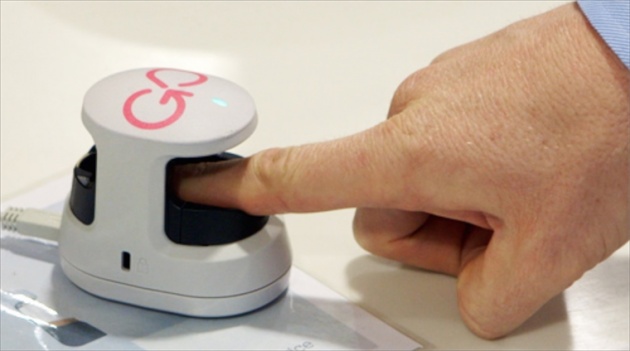 Finger print payments are already used widely at stores in Poland, Turkey and Japan. Now a UK supermarket has become the first in the world to let shoppers pay for groceries using just the veins in their fingertips, a more secure technology. Customers at the Costcutter store, at Brunel University in London, can now pay using their unique vein pattern to identify themselves. The firm behind the technology, Sthaler, has said it is in "serious talks" with other major UK supermarkets to adopt hi-tech finger vein scanners at pay points across thousands of stores. It works by using infrared to scan people's finger veins and then links this unique biometric map to their bank cards. Customers’ bank details are then stored with payment provider Worldpay, in the same way you can store your card details when shopping online. Shoppers can then turn up to the supermarket with nothing on them but their own hands and use it to make payments in just three seconds. It comes as previous studies have found fingerprint recognition, used widely on mobile phones, is vulnerable to being hacked and can be copied even from finger smears left on phone screens. But Sthaler, the firm behind the technology, claims vein technology is the most secure biometric identification method as it cannot be copied or stolen. Sthaler said dozens of students were already using the system and it expected 3,000 students out of 13,000 to have signed up by November.