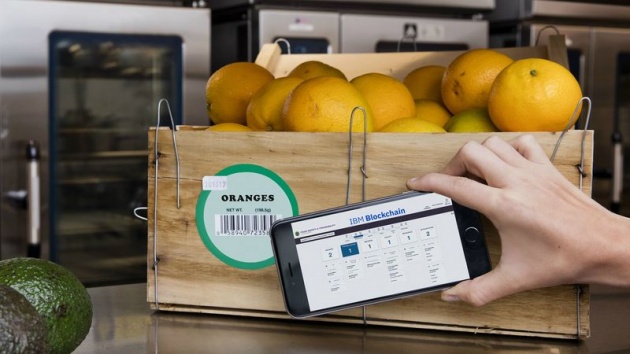 Tracking down contaminated food has historically been a messy affair, sometimes taking retailers and food companies weeks to learn exactly what products they need to pull from store shelves. “Imagine if we could pinpoint with certainty within minutes, not days,” mused Frank Yiannas, one of Walmart’s top food safety executives, in a recent video published by the retailer. Thanks to technology originally designed to monitor cryptocurrency, Yiannas’ vision is closer to becoming a reality—something that could put a significant dent in the number of foodborne illnesses that occur every year. It’s part of a new program in which IBM is partnering with Walmart, Nestlé, Dole, Tyson Foods, Kroger, and others, to use blockchain technology to track food throughout the complex global supply chain. Massive companies putting pressure on suppliers to use blockchain will migrate a huge swathe of the food world into one organized system. That’s no small feat when farmers, processors, distributors, and retailers are currently use different types of documentation to track their products—some of them still on paper. Under the new system, if a consumer falls ill from E. coli traced to a batch of lettuce, a food-safety investigator could conceivably scan a barcode on the packaging to quickly learn where it came from and where other lettuce from the same batch went. Retailers will be able to quickly remove contaminated products from shelves, thus stopping the spread of illnesses. Walmart has been using a pilot version of the technology, showing how blockchain can be expanded beyond the financial, health care, and natural resources sectors to be applied to the foods that consumers interact with every single day. Coupled with companies’ efforts to stop food-borne illnesses early on, this could signal a major moment in how humans keep the food system in check.