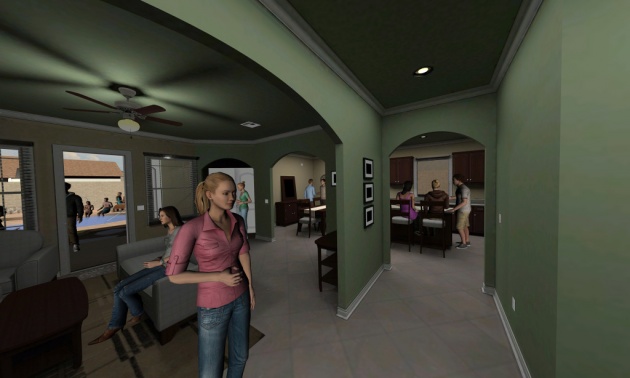 Virtual reality (VR) will be one of the biggest stories of 2016, what with the public launch of the Oculus Rift headset and avalanche of software that is sure to follow. Gaming is leading the technology, offering immersive experiences for shoot-em-ups and other virtual world experiences. But the real way that VR will change our world will be in all the various ways that businesses embrace this technology to make our lives better, easier and more interesting. As a tool for training or demonstration, VR is a terrific way to show us how the physical world could look like, before we take the time and expense to build it. That's the thinking of Rockwell Group LAB, the research and development arm of the well-known New York architectural firm Rockwell Group. Using Oculus Rift goggles, they’re working on a way to show clients and the world fully immersive virtual 3D renderings of projects they’re actually working on. Rather than laying out blueprints, illustrations or other 2D renderings on a table, which require greater imagination on the part of the viewer, one can virtually step into an environment that hasn’t yet been constructed to evaluate its appearance and spot important flaws that otherwise may not have been noticeable until construction.

Visit the original source of this trend at www.rockwellgroup.com
Back to Trends Listings
Tweet