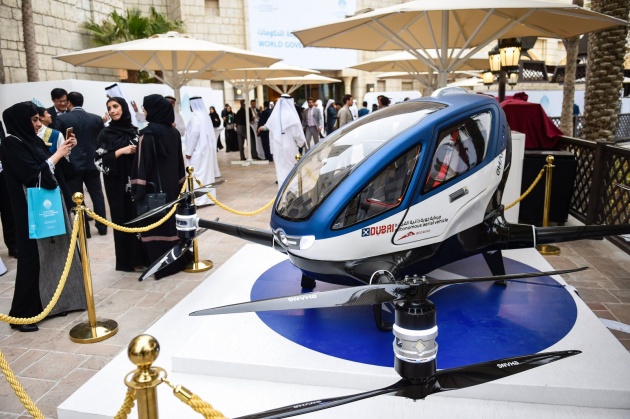 Trial runs of the world's first automated aerial taxis (AAT) are expected to start by the end of this year. Dubai's Roads and Transport Authority (RTA) is collaborating with German firm Volocopter, which specializes in manufacturing Autonomous Air Vehicles. Over the next five years, the two-seater AAT will undergo test flights and safety checks while the RTA and Dubai Civil Aviation Authority will be working on rules and regulations for the new transport system. The AAT, capable of achieving maximum airspeed of 100 kilometres per hour, will have a maximum continuous flight time of 30 minutes. Powered by electricity, the AAT will be equipped with 18 rotors and nine independent battery systems which can be charged within 40 minutes. If approved for use, the aerial taxis will change the skyline of the modern city in the United Arab Emirates, and the way its residents travel in future.

Visit the original source of this trend at news.xinhuanet.com
Back to Trends Listings
Tweet