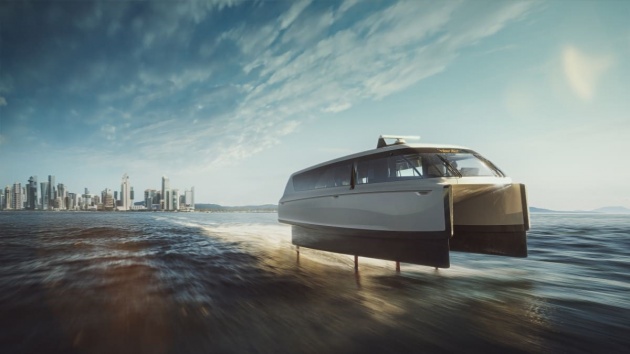 Stockholm is set to trial 'world's first electric flying ferry' next year. The Candela P-12 Shuttle – said to be the world’s fastest electric ship – is set to start a nine-month trial next year, shuttling passenger between Stockholm city center and the suburb of Ekerö. Thanks to three carbon fibre wings that extend out of the hull, the ferry is able to lift itself above the water which decreases drag. The 30-passenger vessel has a top speed of 30 knots and can be charged at up to 200kW, enabling it to charge its 180kW battery in under an hour. The P-12 Shuttle has a 40 to 60 nautical mile range at a service speed of 25 knots.

Visit the original source of this trend at www.moveelectric.com
Back to Trends Listings
Tweet