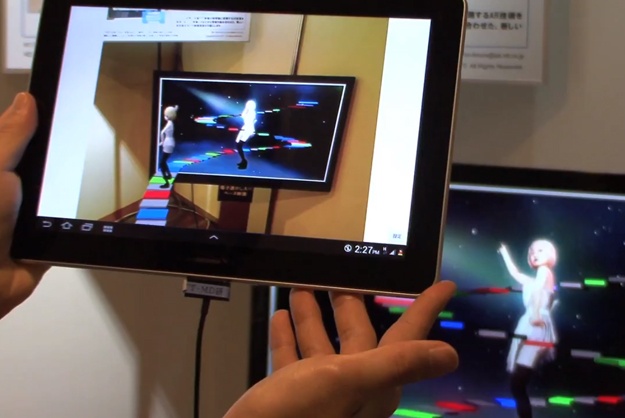 ShareSave to Favorites
Added 25 February, 2013
Using a technology called digital watermarking, you can now view augmented reality content while watching video on your mobile device. The tech is being pioneered by the company NTT which has created a system called Visual SyncAR to display companion content on a second screen, in sync with the content being viewed on TV. For example, you can show a character dancing on your mobile screen in sync with an artist on TV. Or a character on your mobile can appear to jump into the TV picture, and visa versa.
Visit the original source of this trend at www.diginfo.tv
Back to Trends Listings
Tweet