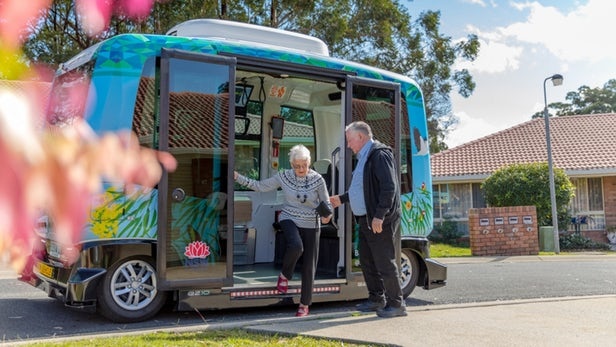 EasyMile’s EZ10 self-driving shuttle buses have already been trialled in Singapore, California, Switzerland, and Finland. Now, one has also entered use in what is being called regional Australia’s first automated vehicle trial. The EZ10 is being utilized in the government of New South Wales’ BusBot program, which is taking place in that state’s city of Coffs Harbour. That program began with the vehicle taking passengers along a stretch of road at the Coffs Harbour Marina. Riders summon the vehicle via a smartphone app, created by public transit company Via. That app responds by telling them which nearby bus stop they should proceed to for pickup.