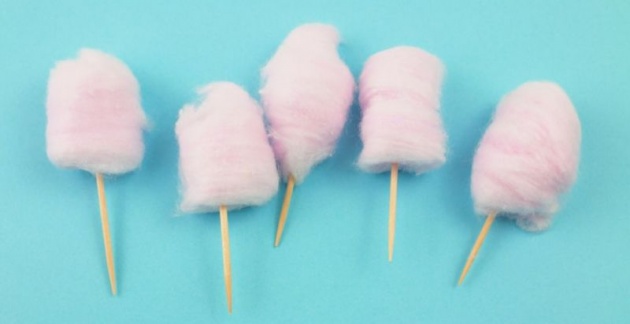 At WikiTrend we make a clear distinction between a trend and a fad, with the biggest differentiator being the amount of time it is with us. That said, Cotton Candy is having its faddish moment, popping up in unexpected places all around the globe. Lola's Cloud, for example, is an organic cotton candy pop-up at Toronto's Yorkville Mall that features adventurous flavors like Jalapeno and maple syrup. What began as a small, one-woman-show has grown to be a profitable cotton candy start-up. Run by Janelle Savel, Lola's Cloud began by appearances at special events and its fabulous flavors garnered it a reputation as a cotton candy tour-de-force. All of the flavors are made from organic cane sugar and are colored with natural dyes.