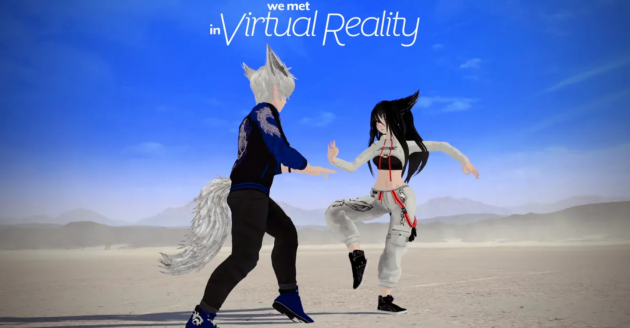 The documentary “We Met in Virtual Reality” is the first project of this type to have been filmed entirely in virtual reality. “We Met in VR” debuted at the 2022 Sundance Film Festival to critical acclaim. The film documents some relationships that began during the COVID-19 lockdown, as people turned to VRChat, a new virtual reality platform, to satisfy their social needs. Made by 22-year-old director and writer Joe Hunting, the movie is filmed entirely inside the world of VR. According to the press release "This documentary captures the excitement and surprising intimacy of a burgeoning cultural movement, demonstrating the power of online connection in an isolated world.” Watch this space.

Visit the original source of this trend at techthelead.com
Back to Trends Listings
Tweet