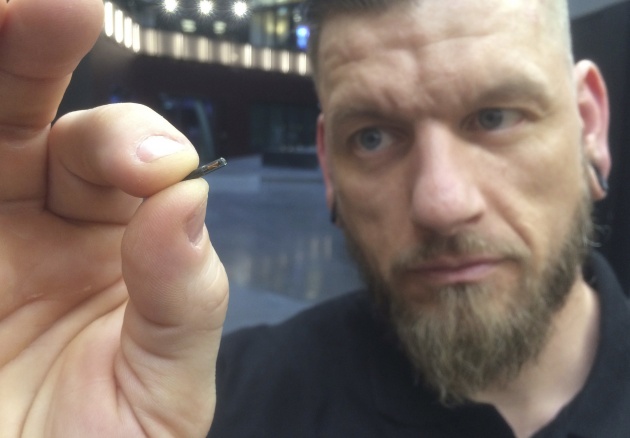 Some workers at a company in Wisconsin will soon be getting microchips in order to enter the office, log into computers and even buy a snack or two with just a swipe of a hand. Todd Westby, the CEO of tech company Three Square Market, told ABC News today that of the 80 employees at the company's River Falls headquarters, more than 50 agreed to get implants. He said that participation was not required. The microchip uses radio frequency identification (RFID) technology and was approved by the Food and Drug Administration in 2004. The chip is the size of a grain of rice and will be placed between a thumb and forefinger. Westby said that when his team was approached with the idea, there was some reluctance mixed with excitement. But after further conversations and the sharing of more details, the majority of managers were on board, and the company opted to partner with BioHax International to get the microchips. Westby said the chip is not GPS enabled, does not allow for tracking workers and does not require passwords. "There's really nothing to hack in it, because it is encrypted just like credit cards are.

Visit the original source of this trend at abcnews.go.com
Back to Trends Listings
Tweet