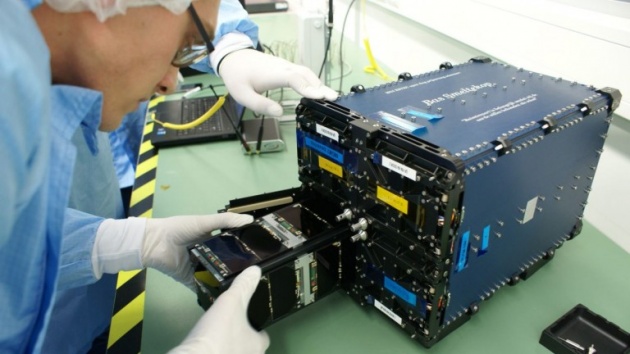 The Israel Institute of Technology (Technion) and the Israel Space Agency will launch a group of three nanosatellites into space with the Dutch company Innovative Solutions In Space. The goal of the project is to prove that a group of satellites can fly in a controlled formation for one year while orbiting at an altitude of about 600 kilometers. The satellites will be used for receiving signals from the Earth and calculating the location of the source of transmission for search and rescue operations, remote sensing and environmental monitoring. The three tiny satellites each measure 10x20x30 cm, about the size of a shoebox, and each weighs about 8 kg. The satellites will be equipped with measuring devices, antennas, computer systems, control systems and navigation devices, while the flight software and algorithms were developed in the Technion Distributed Space Systems Lab. The development and launch costs of such satellites are significantly lower than those of conventional satellites. In the near future, we can expect networks of thousands of nanosatellites to fly above the Earth and enable high-speed Internet communication at significantly lower costs than today.

Visit the original source of this trend at www.xinhuanet.com
Back to Trends Listings
Tweet