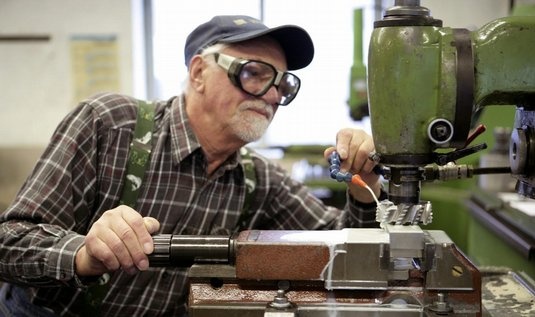 ShareSave to Favorites
Added 29 October, 2013
For generations of Americans, one of the goals of a lifetime of work has always been a relaxing retirement; years when former workers could rely on savings and government pension plans to fund them through the end of their days. The financial crisis of 1998 seems to have changed that math, and culture along with it, as more and more middle class people now believe that retirement will never be in their grasp. According to the just-published Wells Fargo Middle Class Retirement study, 48% of Americans lack the confidence that they will ever have enough money saved for a comfortable retirement. Thirty-four percent believe they will work until they are “at least 80” for lack of retirement savings. This number is up from 25% in 2011 and 30% in 2012. This lack of confidence, and savings, is a trend that will have profound effects on everything from consumerism and healthcare, to family life, media consumption and tourism, among other cultural effects.
Visit the original source of this trend at www.wellsfargo.com
Back to Trends Listings
Tweet