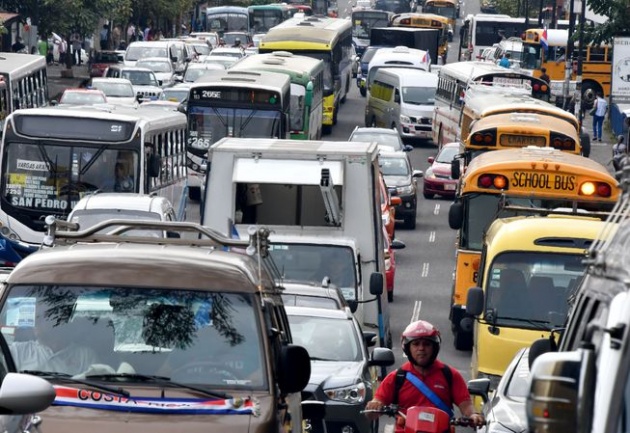 Dutifully picking up where his carbon neutrality-aspiring predecessor left off, newly elected Costa Rica President Carlos Alvarado made quite the pledge at his inauguration ceremony: by 2021 — the year of Costa Rica's bicentennial — the preternaturally happy Central American nation will have completely weaned itself off the use of fossil fuels. "Decarbonisation is the great task of our generation and Costa Rica must be one of the first countries in the world to accomplish it, if not the first," proclaimed Alvarado, a 38-year-old former journalist and member of the left-leaning Citizens' Action Party (PAC). "We have the titanic and beautiful task of abolishing the use of fossil fuels in our economy to make way for the use of clean and renewable energies. "For Costa Rica, with its ironclad conservation laws and booming ecotourism industry, reaching such a formidable goal within such a relatively short time frame may not seem entirely loco. After all, the country is famed for producing roughly 99 percent of its electricity using renewable sources — predominately hydropower but also solar, wind, biomass and geothermal. In 2017, Costa Rica broke its own record by using only clean energy for 300 consecutive days. (By comparison, 66 percent of electricity in the United States comes from coal and natural and gas while roughly 15 percent comes from renewable sources. The remaining 19 percent is nuclear-sourced.)

Visit the original source of this trend at www.mnn.com
Back to Trends Listings
Tweet