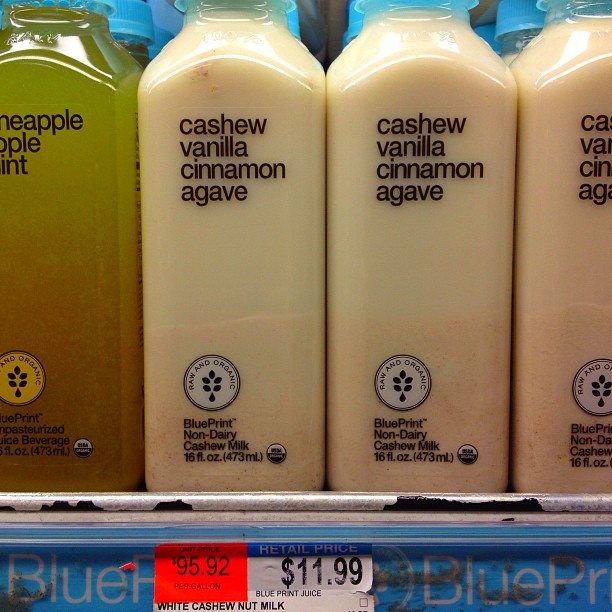 ShareSave to Favorites
Added 8 July, 2013
No longer just a special-diet staple, top chefs are using nut milk in dishes from breakfast to dinner. Almond milk, which is popular among the juice-cleanse crowd, is leading the charge of these concoctions, which are generally made by pureeing nuts with water and sometimes flavoring, such as vanilla, sugar or trendier sweeteners like agave nectar, and sometimes a little salt. The mixture is strained and the liquid is used in a variety of preparations or drunk straight. Dave Santos, chef of Louro in New York City, uses it in a recipe for suckling pig with piquillo peppers, charred onion and new potatoes. Gregory Gourdet, chef of Departure in Portland, Ore., serves his strawberry and Asian pear crisp with a side of almond-milk ice cream. Chefs are also using cashew milk as a more neutral-tasting vegan thickener. At Todd English's five-unit Olives chain, based in Charlestown, Mass., almond milk is used instead of regular milk in a breakfast dish of steel-cut oat porridge that also has blueberries and toasted almonds. And Jason McClure of Sazerac in Seattle uses housemade pecan milk to reinforce the flavor of his pecan-bourbon bread pudding. Is nut milk in your future? You probably have already eaten it.
Visit the original source of this trend at nrn.com
Back to Trends Listings
Tweet