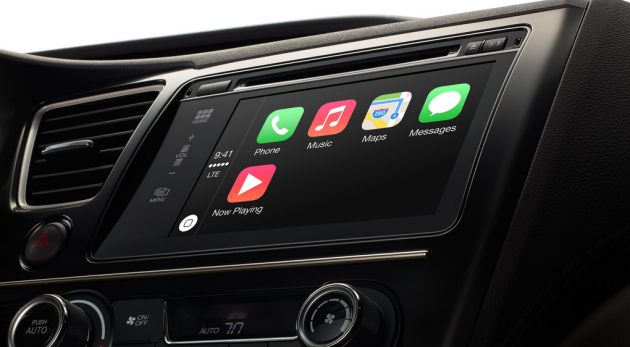 Why aren't smartphone features integrated into automobile dashboards? It would make so much sense if drivers were able to install whatever driving apps they want – including music, text messaging and maps – and be able to access them all via large, user-friendly knobs and buttons. Or, better yet, via voice command. Why not indeed? This functionality is the promise of a newly announced operating system (OS) by Apple. Called CarPlay, and specifically created for automotive infotainment, it will be available on select new models by Mercedes-Benz, Volvo, Honda and others starting in late 2014. Not surprisingly, other companies including AT&T and Samsung are also creating auto-friendly operating systems too, as is Google, whose car based Android OS is designed to double as a remote diagnostics tool as well.

Visit the original source of this trend at www.apple.com
Back to Trends Listings
Tweet