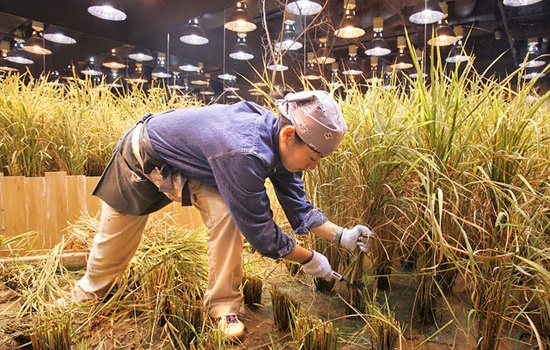 In New York City designers are hard at work creating the Lowline, the world's first underground park. While this novel public space isn't even open yet, London is looking to best it by creating the world's first underground farm. We've written a lot about rooftop urban farming that answers the hyper-local trend with produce and herbs that are grown within meters of where they are consumed. So why not look below ground as well as to the skies? Taking advantage of advances in hydroponic technology and state-of-the-art artificial sunlight LED lighting, the first underground farm is being tilled on 2.5 acres of a former bomb shelter below northern London. First up? Salad greens, mini vegetables, edible flowers and micro herbs.

Visit the original source of this trend at www.thedailymeal.com
Back to Trends Listings
Tweet