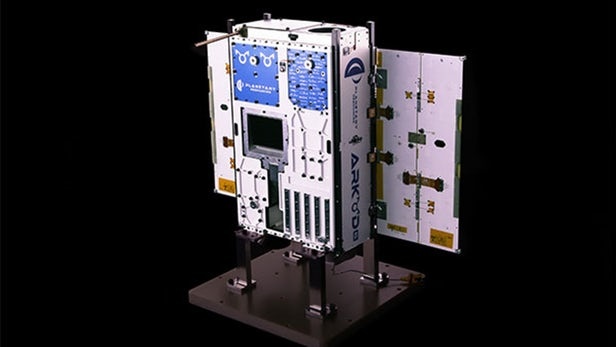 We may not be living in the age of asteroid mining (yet), but asteroid prospecting has come a step closer with news that Planetary Resources' Arkyd-6 satellite has successfully reached orbit. The six-unit CubeSat lifted off on Friday from the Indian Space Research Organization's (ISRO) Satish Dhawan Space Center in Southern India atop a Polar Satellite Launch Vehicle (PSLV) as a secondary payload. The spacecraft is designed as a technology demonstrator for key components of a future asteroid survey craft, Arkyd-301. According to the Washington State-based firm, the Arkyd-6 successfully separated from the fourth stage of the Indian-built booster 30 minutes after launch and is now in a Sun-synchronous orbit. It is active and sending back data to mission control. Built from off-the-shelf hardware, Arkyd-6 is Planetary Resources's second technology satellite, following the smaller A3R that was launched from the International Space Station (ISS) in 2015. The Arkyd-6's mission is to test 17 different components, including power generation, attitude control, instrument operation, and communications. Though the satellite is designed to operate autonomously, it continues to send telemetry back to Earth.