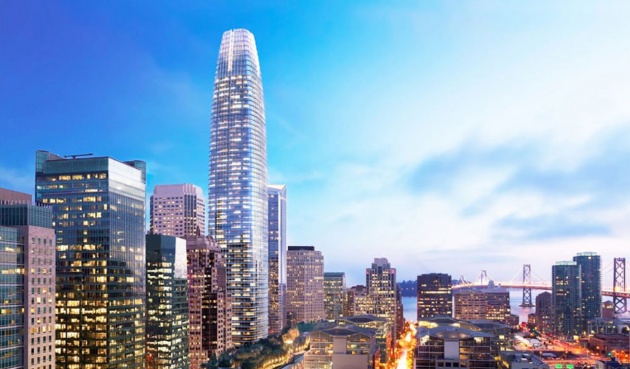 While greywater (from showers, sinks and washing machines) is relatively inexpensive to clean and reuse because of the lack of contaminants, blackwater (from toilets, garbage grinders and dishwashers) takes a lot more effort to make reusable. Pelli Clarke Pelli Architects made the assumption that such recycling and cleaning was integral to the sustainability of its design of one of San Francisco’s latest high-rises. Commercial tenants have already started to move into the Salesforce Tower, and construction of the blackwater recycling system is due to be completed by the end of 2018.The system is being funded by the city’s first blackwater grant from the Public Utilities Commission and will occupy several basement parking spaces on two levels. The system will treat water from across the building, including rooftop runoff and sewage, and then resupply the premises with plant irrigation and clean toilet water. The Salesforce team estimates that this will save more than seven million gallons of fresh water each year, which is a 76 percent reduction in overall use.