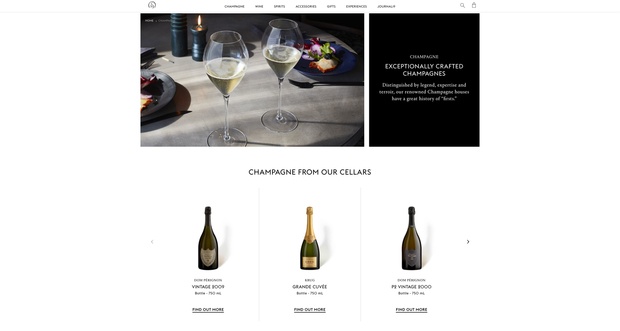 It's been quite the digitally savvy year for LVMH. Only a few months ago they debuted 24 Sèvres, the internet sibling to their iconic brick-and-mortar destination Le Bon Marché. Now, another pillar of the chic conglomerate has an online home. Clos19, just launched in the US, brings together the organization's prestigious portfolio of champagne, wine and spirits. It's powered by Thirstie—the e-commerce service behind the recently launched Dom Pérignon one-hour delivery program. Clos19 founder and chief executive Stephanie Watine Arnault revealed the concept in London earlier this year and plans to expand into many more markets. The site's greatest joy, however, is seeing everything within reach—from the sweet, delectable and uncommon Veuve Clicquot Demi-Sec to the rare, utterly extraordinary Krug Clos De Menil 2002 and the colorful (inside and out) Dom Pérignon 2009 Tokujin Yoshioka Limited Edition. If the internet has taught us anything, it's that immediacy sometimes factors into luxury, and Clos19 understands this and has executed a platform with elegance.