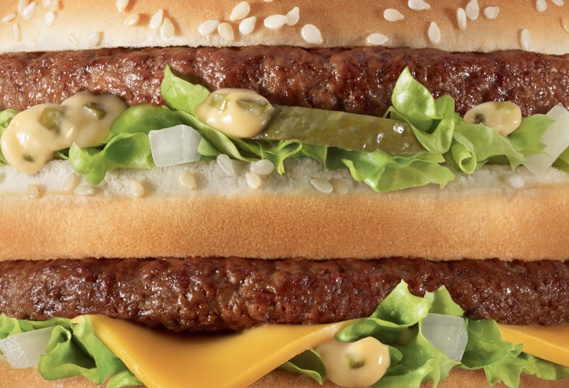 ShareSave to Favorites
Added 8 August, 2013
A new campaign for McDonald's by TBWA Paris highlights the chain's 'iconic' products without a shred of branding. To be sure, the photos need no introduction, according to the agency, which goes on to explain the campaign's concept thus: "Long speeches aren't necessary: everyone knows what they taste like and stand for. A logo would be redundant, you instantly understand who's talking to you." The campaign, which runs across France in print and outdoors, features close-up images of the items but eschewing logo or any other branded visuals (apart from maybe the grease-proof paper just visible in two of them). "The brand isn’t mentioned anywhere on these visuals, not a single indication would add to the impact of the communication," states the agency. It is accompanied by a similarly understated television campaign which shows people's reactions to the mouth-watering imagery and its aftermath, again with no reference to the brand in the script.
Visit the original source of this trend at www.creativereview.co.uk
Back to Trends Listings
Tweet