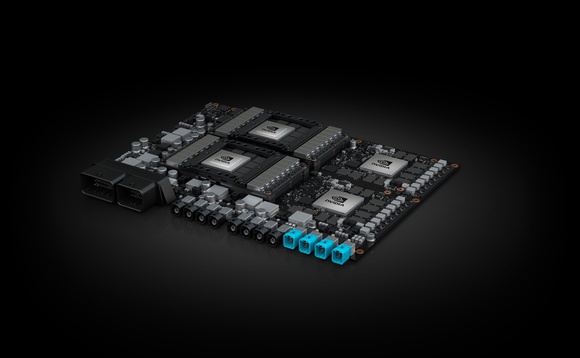 NVIDIA HAS SHOWN OFF the 'world's first' AI computer designed to power fully-autonomous 'robotaxis'. The new system, codenamed Pegasus, marks the first time that Nvidia's Drive PX platform has been capable of driving Level 5 driverless cars, which refers to vehicles that require no human control. Rather, Level 5 vehicles have full automation and don't require pedals, steering wheels, or controls for a human to take charge. Nvidia is aiming the system at the ever-growing ride-haling economy and hopes that Pegasus will help to create a new class of robot taxis, or robotaxis, that are capable of safely transporting passengers to their destination. The firm claims that not only will this make journeys safer due to the fact that, unlike us crappy humans, self-driving vehicles are "never fatigued, impaired of distracted", but also says that it will also help to reduce congestion and free up valuable land currently used for car parks. Naturally, fully-autonomous vehicles require heap loads of computational power, and Nvidia thinks its Pegasus is up to the challenge. It delivers over 320 trillion operations per second - more than 10 times that of the Nvidia Drive PX 2, and the same level of power generated from 400 CPUs. The Pegasus comprises of four AI processor, including two of Nvidia's latest generation Xavier models with embedded Nvidia Volta GPUs, with two next-generation discrete GPUs designed specifically to accelerate deep learning and computer vision. The overall size of the system is roughly that of a license plate.

Visit the original source of this trend at www.theinquirer.net
Back to Trends Listings
Tweet