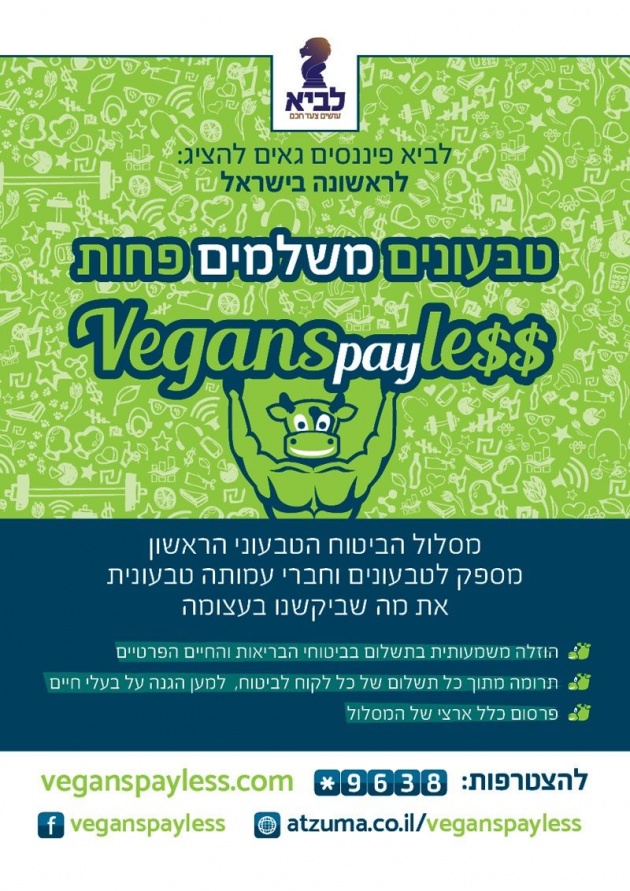 Israel-based Clal Insurance is offering discounts on health insurance plans for vegans. The company has established a Vegans Pay Less (VPL) initiative, developing specific life and health insurance plans for vegans, which include a significant discount. The discounted health insurance will only be available to members of vegan associations who provide a signed declaration of health. Daniel Cohen, the deputy CEO and director of the Health Division at Clal Insurance, said the company is dedicated to investing in the needs of its diverse range of customers. “With the understanding that veganism is a global trend that is developing especially here in Israel, we decided to provide a solution to this segment of the market too,” he said. “Many studies reinforce the claim that a vegan lifestyle is healthier, prolongs life expectancy and contributes to health and the environment,” Lavi said in a press release, referencing studies that have found that vegans are less likely to contract diseases such as hypertension, less likely to develop all cancers and less likely to suffer from diabetes. With 5% of its population identifying as vegan, Israel boasts the highest percentage of vegans per capita in the world. Likewise, 8-10% of Israelis are vegetarians and about 40% of Israelis say they have reduced their consumption of animal-based food, according to the group Anonymous for Animal Rights. Tel Aviv has recently been dubbed the “vegan capital of the world” by British newspaper The Independent, which praised the city’s 400 vegan- friendly restaurants.

Visit the original source of this trend at www.jpost.com
Back to Trends Listings
Tweet