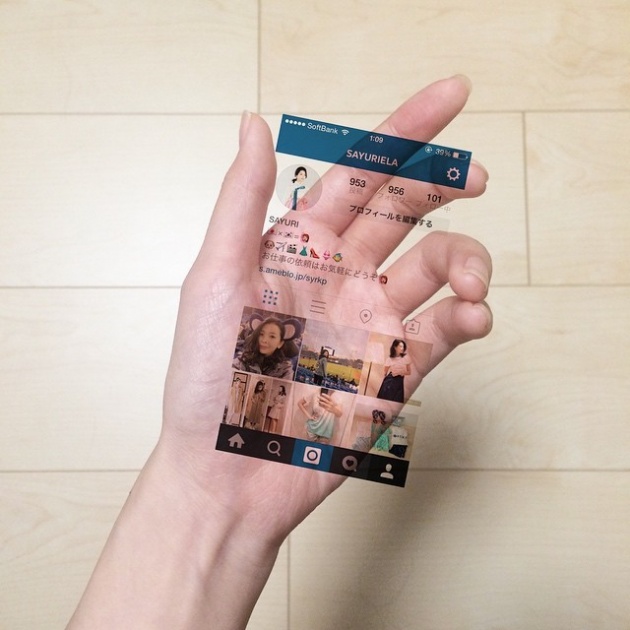 A social media fad is hitting Japanese high schools. Called Insta in My Hand, the "foto fad" is basically an image of the user’s hand overlaid with a translucent screen grab of their social media page. Yup, that’s really all there is to it, essentially a photo of someone’s smartphone screen without the smartphone framing the image. This flash-in-the-hand fad finds its origin in a single photo posted on the Instagram account of a member of the Korean pop group SHINee. K-Pop is wildly popular in Japan spawning many recent J-fads. Will Insta in My Hand catch on in the West? Only time will tell.

Visit the original source of this trend at ameblo.jp
Back to Trends Listings
Tweet