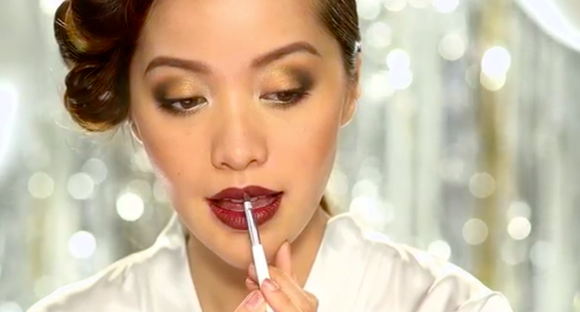 ShareSave to Favorites
Added 22 August, 2013
Michelle Phan, a 26-year-old self-styled makeup expert who started her own YouTube channel, developed a following so big that she just inked a deal with the Luxe division of L'Oreal and launched her own makeup brand, called EM, which will be sold online. Phan first started putting her tutorials on YouTube at 20 when she was in college, and as she puts it "just a girl with a pocketful of dreams and a Webcam." Her YouTube videos developed 40,000 views in a week. Since then, she's become a YouTube millionaire, who has developed her own skin care line IQQU and whose alliances with big companies include serving as a video spokeswoman for Lancome. Meanwhile, her spot-on tutorials on makeup application have now amassed some 4.5 million YouTube subscribers, 750 million video hits, 1.4 million Facebook likes, more than 417,038 Twitter followers. EM, which is now live, includes 70 tutorials and 250 products—a whopping number, according to Allure, which reports that Phan consulted her followers in developing the line. Those makeup enthusiasts took to her Facebook page and YouTube channel to share the gripes they have with their makeup, and to request what colors they'd like to see in the palettes, and even to suggest some of the names of the makeup shades.
Visit the original source of this trend at upstart.bizjournals.com
Back to Trends Listings
Tweet