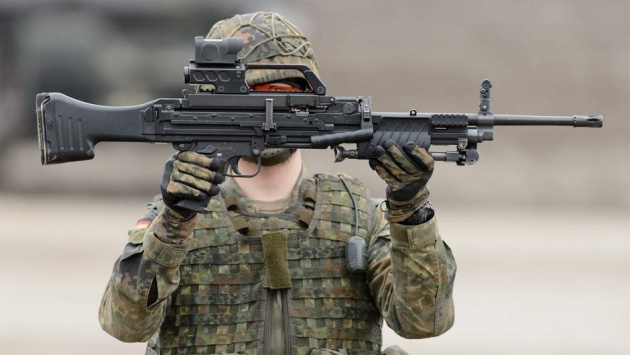 Germany's most notorious gun manufacturer, Heckler & Koch, has vowed never again to sell weapons to non-NATO and EU countries - though it has not announced the strategy. It is the first arms firm ever to do this.
Heckler & Koch, the German company whose guns have been estimated to kill one person every 13 minutes, has quietly changed its strategy to become effectively the world's most ethical gun maker.
But instead of announcing the apostasy in a press release, the company buried it towards the end of its yearly auditor's report - and then confirmed it on questioning by shareholders at the annual general meeting in mid-August. A H&K spokesman confirmed the report to DW by email on Thursday, saying, "Heckler & Koch chose a new strategy in spring 2016. As a consequence we have withdrawn from the crisis regions of the world."
The notes on page 3 of the annual report, published in March, read, "we are not seeking to take part in new tenders in non-green countries." "Green countries" are defined by company's the own criteria, based on three classification systems: NATO membership or being a "NATO-equivalent country" (Japan, Australia, New Zealand, and Switzerland), Transparency International's corruption index, and the Economist Intelligence Unit's democracy index.
This means that H&K has become the first arms company in the world to have a more moral arms export policy than its own government (the German Economy Ministry declined to offer a statement or interview partner in time for this article) - and will not be selling weapons to Saudi Arabia, Egypt, the United Arab Emirates, Oman, and even Turkey (despite its membership in NATO), or any African country.

Visit the original source of this trend at www.dw.com
Back to Trends Listings
Tweet