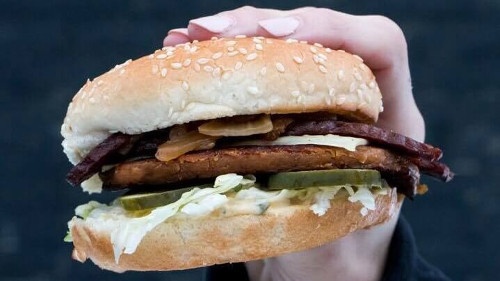 Globally Local, the world’s first 24-hour vegan drive-thru, is looking to open additional locations across Ontario. The Ontario vegan restaurant recently added a “Franchise” page to its website, featuring frequently-asked questions as well as a hint that consumers can expect to see new locations by the fall. According to the page, Globally Local founder James McInnes hopes to open more vegan drive-thrus in Canada as well as some US locations. Anyone, vegan or not, is welcome to open a Globally Local location as long as the company’s core values of serving exclusively vegan fast-food are upheld. Most of the food served at franchises will be delivered directly to restaurants from the company’s production facility. Vegan food trucks, which set up at vegan and regional festivals throughout Ontario, may also eventually be available for franchising at a later date. Globally Local in Ontario opened its first vegan drive-thru location in the city of London (Canada) last June following the success of the sit-down restaurant of the same name. The vegan fast-food restaurant in Canada had gained a strong following for its plant-based take on fast-food classics, such as the Famous Burger, a vegan version of the Big Mac.

Visit the original source of this trend at www.livekindly.co
Back to Trends Listings
Tweet