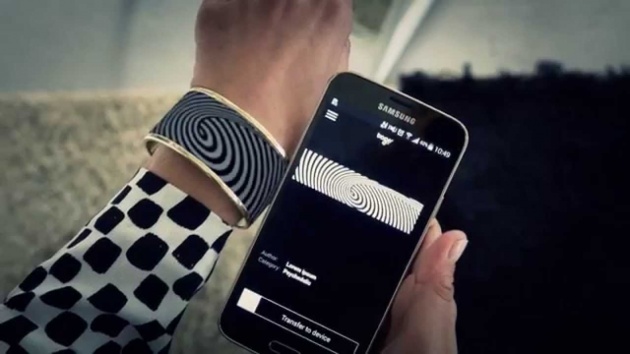 One common complaint about wearable technology is that while wearables may currently be in fashion, most are far from fashionable. Coming at this question from the other direction, the developers of the Tago Arc bracelet have created wearable tech that doesn't do anything more than look good. It's uniqueness comes from its ability to change appearance on demand with a few taps of your mobile device. The Tago Arc uses near field communication (NFC) to display designs you’ve either created or purchased via an app on your smartphone. Connect your smartphone to the bracelet and the design on your jewelry appears to magically change according to your preferences. While this device that’s all about appearances, it's easy to imagine this same tech being used on smartwatch bands, stylish headsets, and other wearables.

Visit the original source of this trend at www.indiegogo.com
Back to Trends Listings
Tweet