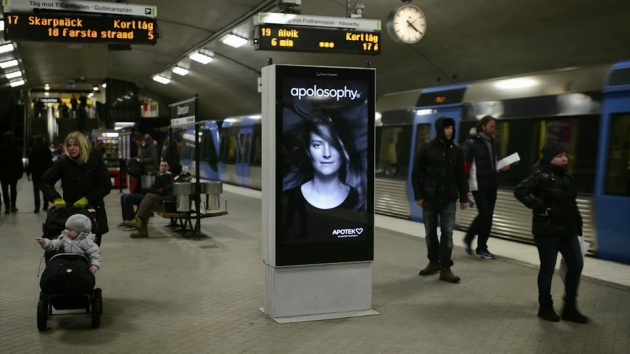 On WikiTrend you have already seen the dynamic billboard for British Airways that features a video of a child who points to the sky whenever one of the company's airplanes goes by. You have seen billboards for Volkswagen that flash private messages to VW owners who drive by. And you have seen a cotton candy-scented billboard that was erected in New Jersey advertising the State Fair. Yes, folks, there's an interactive billboard trend going on. Now comes a beautiful interactive advertisement in Stockholm subway stations that promotes a range of hair care products from a brand called Apoteket. Using embedded ultra-sonic sensors, the ad features woman whose beautiful long hair seems to blow in the wind whenever a train whooshes into the station. Click on the image above or follow the link below to see this terrific advertisement in action.

Visit the original source of this trend at vimeo.com
Back to Trends Listings
Tweet