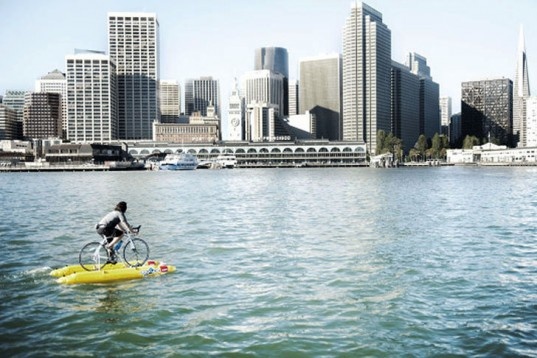 ShareSave to Favorites
Added 7 October, 2013
Do you live across the bay or river from your workplace? Millions of commuters do, in places like San Francisco and New York, who travel to work each day by subway, car, bus or bicycle. But what if you could simply bike across the water, just as you would on land? That is the challenge that Judah Schiller undertook when inventing the BayCycle to become the first person to water bike across the San Francisco Bay. Now going into production as a Kickstarter (of course), Schiller's kit consists of two inflatable pontoons, a small propeller and a mount, all of which easily fits into a backpack. If this mode of transportation gets off the ground, it will change the commute for an untold number of commuters and bring neighborhoods that were once considered inconvenient a bit closer to city centers. At scale, an invention like this has the power to increase property values.
Visit the original source of this trend at baycycleproject.com
Back to Trends Listings
Tweet