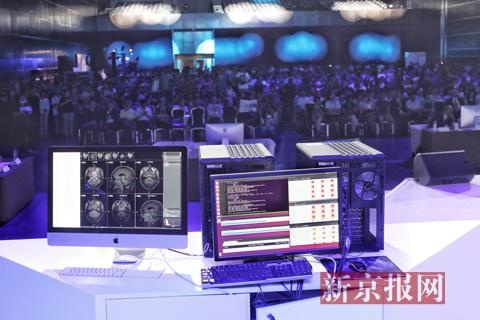 With a 20 percent higher accuracy rate, an artificial intelligence (AI) machine trumped a group of human doctors in the world’s first competition between physicians and AI in neuroimaging. Named BioMind, the AI can assist doctors in checking CT and MRI images, which is the first of its kind. It is jointly developed by several organizations and institutions, including the China National Clinical Research Center for Neurological Diseases. BioMind has shown strong advantages when practicing for the competition by diagnosing more than 300 cases within 30 minutes while human doctors spend more than 10 hours to complete the same task, said The Beijing News. There were 25 human doctors participating in the “human vs. AI” competition, which was divided into two sections. In the first part of the game, a group of 15 doctors and BioMind were required to interpret 225 CT and MRI images of intracranial tumors within 30 minutes. With an accuracy rate of 87 percent, the AI defeated the human team which finished with an accuracy rate of 66 percent.

Visit the original source of this trend at www.ecns.cn
Back to Trends Listings
Tweet