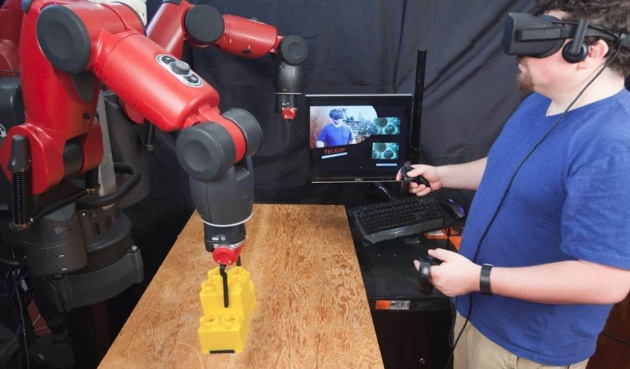 The future of work could soon see the ability for manufacturing blue-collar workers to carry out tasks remotely by wirelessly controlling machines in their real-life factory space. Researchers at MIT’s Computer Science and Artificial Intelligence Laboratory (CSAIL) have developed a system that uses an Oculus Rift Virtual Reality headset and hand controllers to teleoperate a robot. The robot was equipped with multiple sensory displays to enable the controller to pilot the machine to a very high degree of accuracy from a distant location. The controllers on the VR system were used to operate the robot’s hands to pick up, move and drop items with ease. While the first tests the researchers attempted were relatively basic – including picking up screws and stacking blocks – it is their belief that the system could eventually be used for more complex tasks, and controlled from hundreds of miles away.