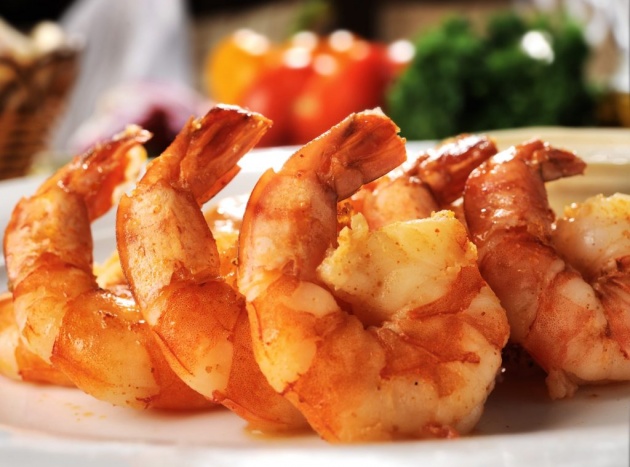 Recently, new innovations have created vegan ‘milk‘, ‘cheese‘, ‘eggs‘, ‘chicken‘ and ‘beef‘, even lab-grown fish. However thanks to a new startup, ethical eaters now also have vegan shrimp – which is set to be the latest wave in plant based protein. Since 2015, New Wave Foods have been engineering 100% plant based shrimp – the first endeavor of it’s kind. This startup is based in California where co-founder Dominique Barnes attended The Scripps Institution of Oceanography, earning a master’s degree in marine biodiversity and conservation. New Wave Foods claims their vegan shrimp is“uncompromising in taste”, a feat achieved with the latest, cutting-edge technologies. Co-founder, Michelle Wolf is a materials scientist engineer – using her expertise for the company to develop the shrimp. Barnes said in an interview with Alternet, “She [Michelle] looked at shrimp muscle at a molecular level to understand what gives it different textural properties. We then used that data to select plant and algae ingredients, which gave us the same texture as shrimp. Being able to achieve that is a first. As for appearance, we found this really great red algae extract that is actually the same compound that gives shrimp its color. We have used that to give a really authentic color to our shrimp, because, you know, most of us eat with our eyes first.”

Visit the original source of this trend at www.livekindly.co
Back to Trends Listings
Tweet