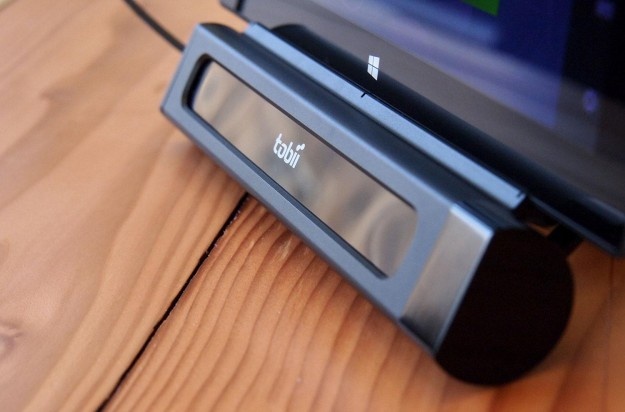 ShareSave to Favorites
Added 9 October, 2013
A lot has changed in computing in the last 20 years, but the mouse remains stubbornly similar. Sure, they now have laser tracking and are Bluetooth enabled, but the device's basic form hasn't really changed. On the one hand, that's a testament to the solidity of the concept, one that has stood the test of time. But it also points to a technology that is ripe for disruption. When you are sitting at a desk, using a mouse is simple. But using a tablet or another mobile device doesn't lend itself to mice. That's why eyeball tracking is just coming into its own now, with the rise of mobile computing. Eyeball tracking devices give users the ability to navigate screens and access apps with by just moving your eyes. Because the tech is relatively new, and not yet widespread, it tends to be expensive. But we're looking at a near-future when this tracking will be incorporated as standard on mobile devices everywhere. This will certainly change the way people interact with their devices, and perhaps has wider implications on culture in general. Get ready for a world in which people make googly eyes to their phones.
Visit the original source of this trend at www.tobiiati-webshop.com
Back to Trends Listings
Tweet