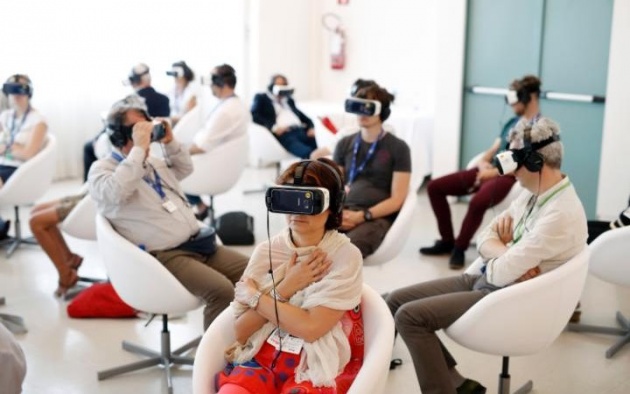 It comes as no surprise to learn of the continued artistic application of virtual reality. And to witness film festivals like Sundance or Tribeca embracing the technologically-driven storytelling medium only makes sense. But when one hears that a more traditional institution such as the Venice Film Festival, now in its 74th year, will be hosting a VR competition, it's clear we've reached a tipping point of acceptance. Known as Venice Virtual Reality, the competition's programming—which includes 31 films altogether, 22 world and international premieres and three projects which were developed by the Biennial College Cinema—is wholly impressive. Projects within span from documentary to psychedelia. There are many familiar names and many more breaking through. Ultimately, three awards will be given: Best Film VR, VR Jury Grand Prix, and Best Creativity Award VR. This appears to be the largest, and arguably boldest, showcase of virtual reality films to date.

Visit the original source of this trend at www.coolhunting.com
Back to Trends Listings
Tweet