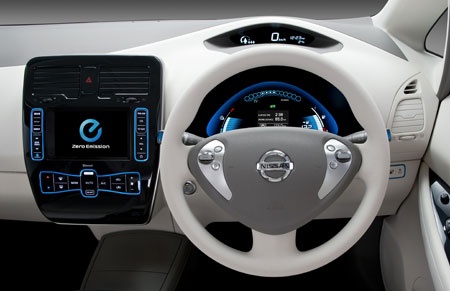 ShareSave to Favorites
Added 9 August, 2013
In the first three years after their first introduction into the United States, sales of Electric Vehicles (EVs) have exceeded the number of hybrids sold in their first three years by at least 50 percent. The first EV introduced into the U.S. was the General Motors EV1 in 1997; the EV1 had an approximate range of 55 to 95 miles and the cost was $49,350. Today, one of the most popular EVs is the Nissan Leaf with a range of 75 miles and a price tag of $28,800. When we refer to a "hybrid" vehicle, we mean one that combines an internal combustion engine with one or more electric motors, but does not draw electricity from the power grid. An Electric Vehicle (EV) refers to both plug-in hybrids like the Chevy Volt and the Toyota Prius, which do. The top five countries where EVs are the most popular are the U.S., Japan, France, China and the United Kingdom.
Visit the original source of this trend at www.aftermarketnews.com
Back to Trends Listings
Tweet