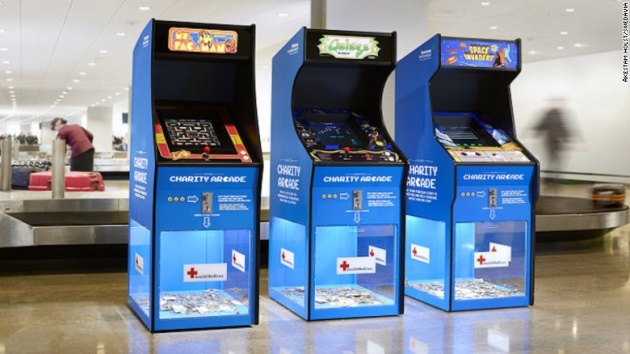 If you're an international flier you have almost certainly come home with a pocket of foreign change that ended up in the bottom of a junk drawer. Many airports and some airlines collect spare change for charity, but so far these initiatives seem to have failed to ignite the imagination of travelers or get a very big percentage of the billions that are lost each year. Now the Swedish Red Cross has modified their donation boxes at baggage terminals in Swedish airports to turn them into classic arcade games that accept any type of foreign currency. Called “Charity Arcade,” the machines offer old-school stand-bys such as Ms. Pac-Man and Space Invaders. All funds go directly from the coin slot to a clear box for donations. It's ingenious really. Fliers are entertained while waiting for their bags, and given a place to dispose of unneeded currency at the same time – while collecting it all for charity.

Visit the original source of this trend at adsoftheworld.com
Back to Trends Listings
Tweet