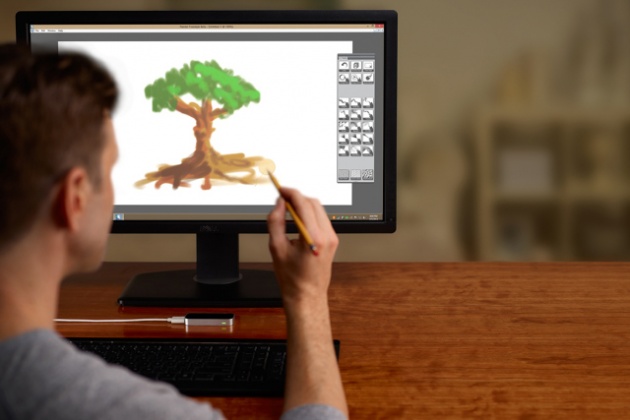 ShareSave to Favorites
Added 10 October, 2013
We live in a 3D world. We already have 3D films, and even some 3D televisions. So why are we still working on 2D computers? One of the main answers is that 3D computing takes a whole lot more computing power, something that couldn't be reproduced cheaply – until recently. Several companies are now stepping up offer 3D experiences that will someday be the norm. We've seen hints of the future in the 3D layering capabilities of iOS 7 and in video game controllers with motion-sensing technology. The Leap Motion 3D controller (pictured) is on the forefront of bringing the 3D experience to your desktop, with the first computers hitting the shelves soon. Instead of using a mouse, users will use their hands. Natural movements will replaced clicks, taps, drags and drops so you can do almost anything without touching anything. This technology will change the way we interact with our computers, in a new kind of sign language that will look as new and funny as it did when we first started seeing people talking to themselves while walking down the street, before realizing they had a microphone dangling from their ear.
Visit the original source of this trend at www.leapmotion.com
Back to Trends Listings
Tweet