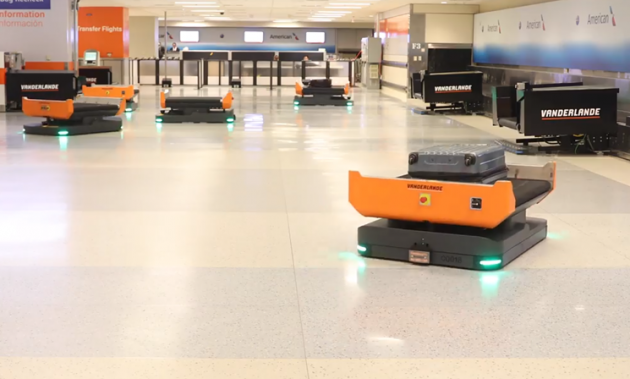 DFW International Airport is now the temporary home to the first system of baggage-handling robots, known as FLEET. When the baggage robots are in action, passengers take their luggage to self-bag drops, which deposit their luggage onto one of the new robots, which then deliver bags to the baggage belt. This system, which was developed by the Netherlands-based logistic automation company Vanderlande, is still in the testing phase, according to Khaled Naja, DFW Airport’s executive vice president of infrastructure and development.

Visit the original source of this trend at www.dallasobserver.com
Back to Trends Listings
Tweet