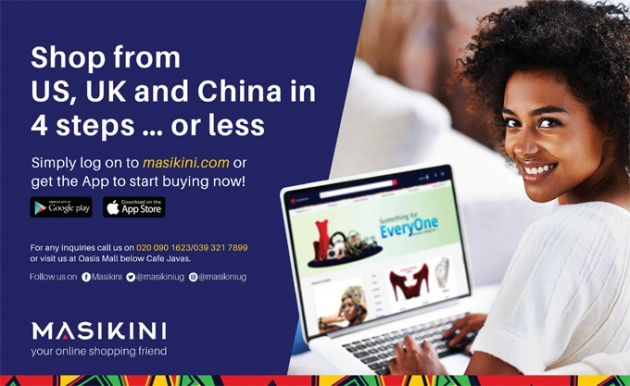 Afew years ago, online shopping was presumed to be a preserve for rich Africans who had relatives abroad and could send for items when their relatives were travelling back. People sought to find quality and authentic items, but would pay a high price. However, nowadays, anyone can shop online and get their items shipped to Uganda affordably in less than a week. This has been made possible with the advancement in technological developments, growth of financial technologies, faster logistics, wider penetration, affordability and access to the Internet and Internet-enabled devices, among others. About 20 years ago, not even 1% of the world population could afford an Internet connection. Today, according to Internet World Statistics of 2017, about 40% of the world population is connected to the Internet. The 2017 Africa Population Internet Users’ statistics indicate that about 31% of Uganda’s population has access to the Internet. Figures from the telecommunication sector regulator indicate that the number of mobile Internet users increased by more than one million to 19.5 million in 2015, from 18.5 million in 2014. This, according to the Uganda Communications Commission, has facilitated the quick growth of e -commerce in the country, and also deepened financial and digital inclusion.

Visit the original source of this trend at www.newvision.co.ug
Back to Trends Listings
Tweet