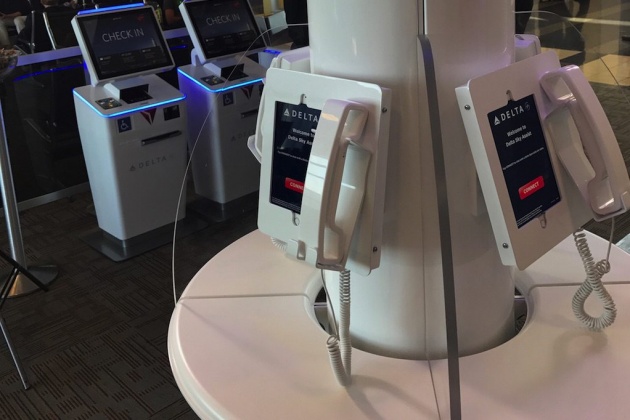 Delta Air Lines has installed video call kiosks at Ronald Reagan Washington National Airport where customers can use them to contact customer service. Delta’s video call pilot is small, and, while the airline said it will be the first U.S. carrier accepting video calls, the idea is not novel. Other travel-related companies, including Hertz, introduced video calls several years ago. Many banks were also among the first to embrace video chat. And while Delta said it wants to implement a technology passengers are already using — usually platforms such as Skype or FaceTime — the airline’s program will not allow customers use their own iPads or mobile phones. Instead, it is installing five kiosks with “interactive digital screens,” and customers can reach support staff by picking up a receiver. Do airline passengers want to resolve issues by using one of five kiosks in an airport terminal? Perhaps some do, but we're betting many will find the phone just as useful. This seems like it would have a been a novel announcement in 2009.