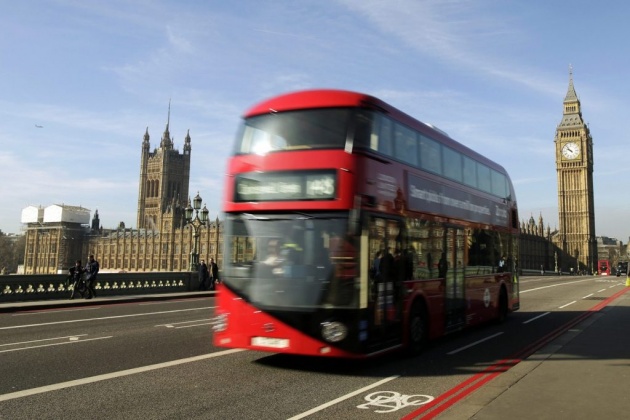 London’s iconic red double-decker buses will soon run on a biofuel partially made from old coffee grounds. The fuel will be supplied by a demonstration project set up by Bio-bean Ltd., a London-based company that joined with Royal Dutch Shell Plc on the initiative. “It’s got a high oil content, 20 percent oil by weight in the waste coffee grounds, so it’s a really great thing to make biodiesel out of,” said Arthur Kay, founder of Bio-bean. As public pressure mounts against using food for fuel, companies are increasingly focusing on biofuels made from waste such as used cooking oil and inedible plants. Some crops such as corn and sugarcane are made into ethanol to be burned in engines, with sizable markets in some parts of the U.S. and South America.
Bio-bean has partnered with thousands of coffee shops across the U.K. such as Costa Coffee Ltd. and Caffe Nero to collect used grounds.