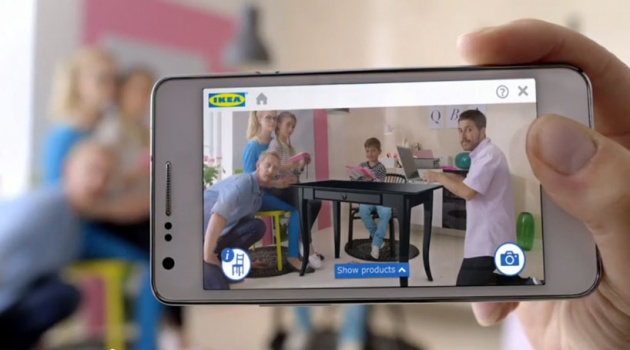 ShareSave to Favorites
Added 8 August, 2013
The IKEA catalog debuting this week as an app for iPhone and Android includes an augmented reality feature that lets shoppers envision how furniture will look, without actually having to have the furniture itself. The app, which was downloaded by 8.5 million users worldwide last year, allows access to extended catalog content – including 3-D models, image galleries, videos and new features including augmented reality, which allows users to virtually place and view IKEA furniture in their own homes and explore a room in 360º/180º degrees (both vertical and horizontal) using the device sensors. The technology is not new, but its use in such a popular and widely-distributed catalogue heralds a new frontier for augmented reality and ensures that it will be part of our lives from now on.
Visit the original source of this trend at itunes.apple.com
Back to Trends Listings
Tweet