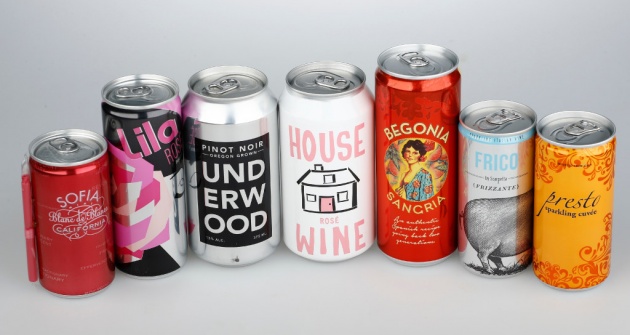 sales of canned wine have skyrocketed. "We've sold tens of thousands of cases of canned wine over the last 18 months," says Devon Broglie, Whole Foods' master sommelier. Three years in the making, Whole Foods' proprietary Presto brand canned sparkling wine is part of the company's aim to lure millennials to the wine department, women in particular. Without the stuffiness usually associated with wine, canned wine is grab-and-go. This isn't wine that's going to be sniffed, swirled and spat into a bucket. It's made to be guzzled — on the boat, at the pool, while watching the game. It's party wine. Craft beer brewers are to credit for the canned wine trend because they changed people's thinking about quality in cans. Once they started putting high-end, esoteric, artisanal beer in cans, it became acceptable for millennials to drink wine out of cans, too.

Visit the original source of this trend at www.dallasnews.com
Back to Trends Listings
Tweet